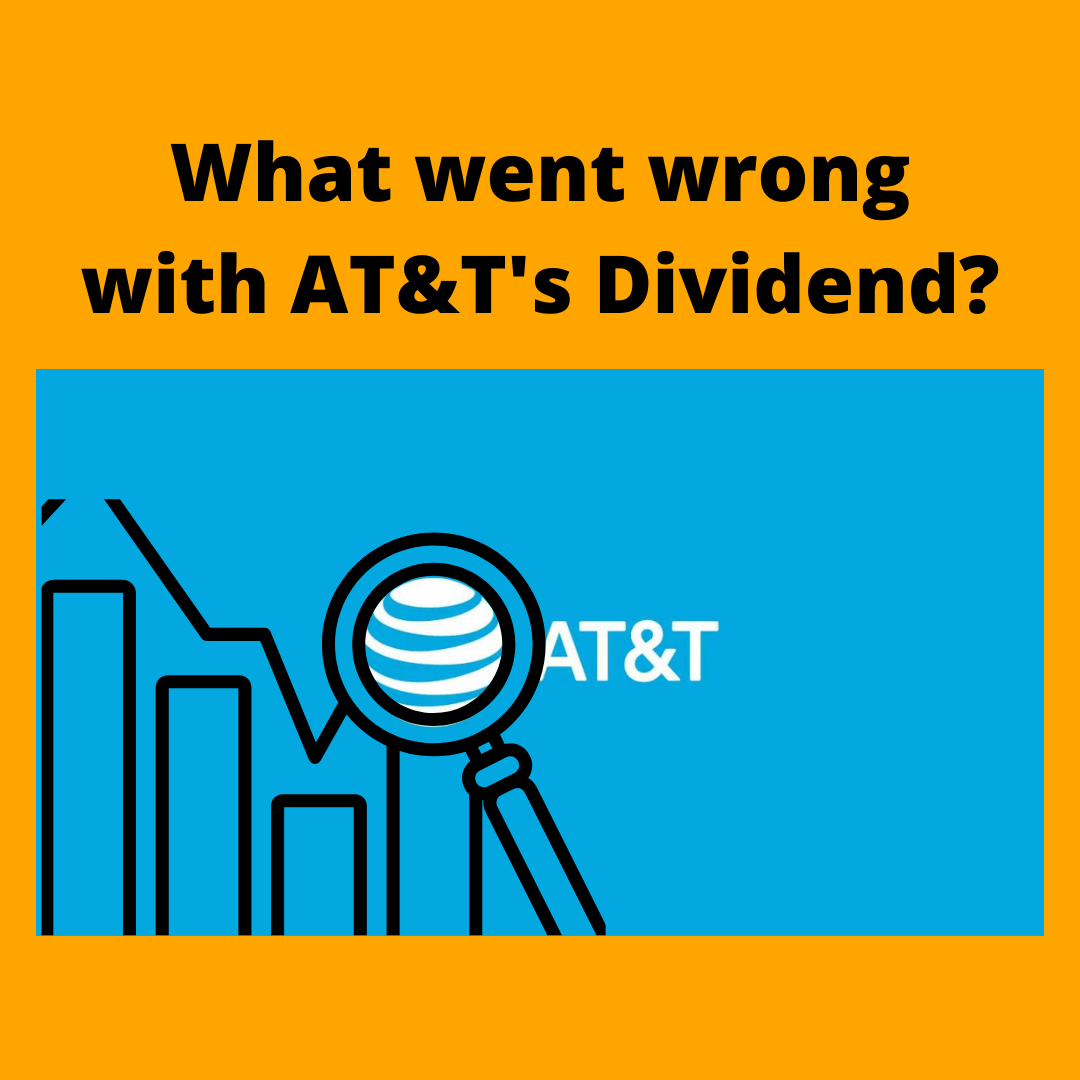 AT&T; What went wrong with their Dividend?

AT&T. Titan of telecommunications. Perennial industrial innovator. And… failure? What happens when one of America’s leading dividend aristocrats commits an act of self-sabotage so shocking that the implications are only now beginning to show. Today we’ll be looking at a case-study concerning corporate incompetence, greed, and the dangers of biting off more than you can chew, all in the pursuit of answering one simple question - what went wrong?

Just in case you haven’t been paying attention, let’s go over the facts of the incident first. In early May of 2021, AT&T leadership made a few massive announcements. First, they would be spinning off WarnerMedia and merging it with Discovery to create a brand new media conglomerate. This new entity is being constructed with the sole aim of allowing AT&T to compete with streaming giants like Netlfix and Hulu. However, what AT&T doesn’t mention is that this merger and spinoff is alleviating the debt accrued from multiple poor business acquisitions - most notably DirecTV and TimeWarner, two acquisitions that carried with them a combined price tag of 152 billion dollars. Yes, that's billion with a “b.”

The second, and more impactful of these announcements was the declaration of a new dividend. A new, quite possibly lower, dividend. Yes, for the first time in more than 30 years it’s speculated that AT&T will cut their dividend payout. If this turns out to be true, it would mean that AT&T loses its prestigious status as a dividend aristocrat - a company that has maintained at least 25 years of continuous dividend payouts and increases.

While corporate leadership has not come out and said that a cut is coming, they made the cryptic statement that owners of T stock can expect a dividend “resized to account for the distribution of WarnerMedia to AT&T shareholders.” The press release continues, saying “AT&T expects an annual dividend payout ratio of 40% to 43% on anticipated free cash flow of 20 billion plus.” Seeing as 40% of 20 billion is 8 billion, and AT&T currently requires at least 15 billion in free cash for dividend payments, the math here seems obvious. AT&T will need to cut their dividend by approximately 50%. It goes without saying that this would be a massive blow to what was once seen as a foolproof dividend.

While AT&T’s downfall may come as a surprise to most, those who have been paying attention have seen cracks beginning to show as early as 2015. That was the year AT&T was kicked off of the Dow Jones Industrial Average, and replaced by Apple - who of course have gone on to become one of the most valuable companies in the world.

What really set AT&T on a downward spiral was their 2014 acquisition of DirecTV. Setting aside the fact that they purchased a legacy media company in 2014 - a year where online streaming was beginning to take a foothold in homes across the nation - this acquisition was plagued by a host of completely separate problems. AT&T agreed to purchase DirecTV for 48.5 billion, but that came with the stipulation of AT&T taking on the entirety of DirecTV’s debt. This bumped the price from 48.5 billion to a staggering 67.1 billion dollars. But wait, it gets worse. In addition to the debt AT&T was required to expand fiber optic internet services to at least 12.5 million customers. They were also barred from placing bandwidth caps on rival video services, required to submit all interconnection agreements for govt review, and had to begin offering low-cost internet services for low-income households.

Now after hearing these god awful stipulations that AT&T had to work with, you might wonder why AT&T even pursued this acquisition? In retrospect it was an awful deal for AT&T (the worst) but remember, we have to think about the historical context. In 2012 DirectTV and Comcast were major players in the cable space. AT&T, looking to expand, recognized one of DirecTV’s major flaws was the lack of access to rural areas, and its substandard internet offering. Streaming was finally becoming huge, and AT&T wanted to capitalise on this growing trend by folding DirecTV’s customer base into their own and doing what they couldn’t. Shockingly, AT&T had ulterior motives. What they really wanted to achieve was better bargaining power in licensing premium content - something that would be incredibly cost prohibitive without a large enough customer base.

Like we stated earlier, AT&T is planning on spinning off DirecTV, and merging it with Discovery to create an all new company. Citing heavy customer losses and a dwindling cash flow, AT&T is going back to its roots, so to speak, by focusing on “connectivity and content”. This is clearly a mistake, but just how big are we talking? Well, get ready… The new standalone company is projected to be valued at only $16 billion. You heard that right. In a span of 6 years, the value of this business acquisition went down by $51 billion.

Just two years after the DirecTV acquisition, they decided to acquire another media giant: Time Warner, this time for an even more staggering amount - $85.1 billion. Now, you might think that AT&T learned from the past and approached this business deal differently, but you’d be giving them far too much credit. They bought TimeWarner for the exact same reason they bought DirecTV; better access to original content and an upper hand in content distribution. Almost mimicking the first deal, AT&T once again encountered regulatory problems. It was only after entering an anti-trust case with the US government that AT&T was able to squeak this deal through - and even then they were met with stipulations

AT&T did gain popular streaming services such as HBO from this deal, but the debt burden it had quickly accumulated in a span of two years was worrisome to say the least.

AT&T’s voracious appetite for acquisitions resulted in it acquiring two media conglomerates with almost identical problems and a lot of debt. By 2019, AT&T carried more than $151 billion dollars in debt. What did AT&T do to attempt to minimize this debt? It increased prices for all of its streaming services which, as expected, hurt their bottom line.

2019 saw a steep decline in customers sa AT&T lost 4.1 million TV subscribers - a clear result of the price hike. This can also be attributed to the redundancy in services they offered. At the time AT&T offered HBO Go, HBO Now - which were somehow two distinct apps -  AT&T Now, AT&T TV, AT&T WAchTV, AT&T -Uverse and DirectTV. A mouthful, we know. They had so many similar services that even AT&T customer service had trouble differentiating them.

The debt carried by AT&T had real life effects when AT&T laid off more than 37, 818 people, even after the Tax Cuts and Jobs Act saved them $41 million in taxes.

AT&T made several crucial mistakes in a time when the winds of change were blowing in an entirely opposite direction. Instead of focusing primarily on growing their internal media catalogue, they opted to acquire dying legacy media companies for huge amounts of money for a chance at becoming the largest media corporation in the United States. Debt caused by a serious lack of competent leadership is what brought them to their current predicament. A slash in their once fool proof dividend should come at no surprise. The levels of debt that AT&T possess combined with the decline in revenues all but guaranteed a sad ending. Going forward, AT&T should focus on their core mission of improving their domestic connectivity and expansion of fiber and 5G network, a battle which, unsurprisingly, they’re already losing, but that's a topic for another day.