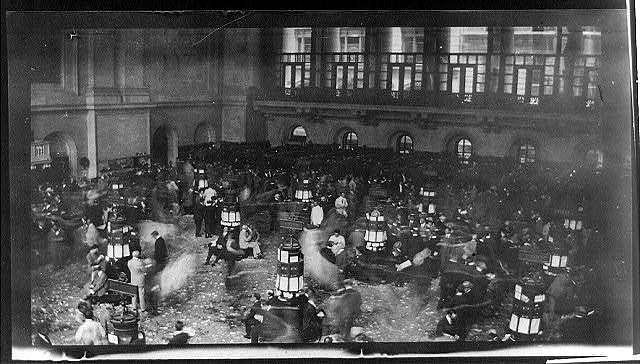 It’s pretty tough to envision modern investment without dividend stocks. Even if your strategy isn’t built around them, even the most amateur day trader knows how powerful a tool they can be in building personal wealth. Dividend stocks are the free throws of personal wealth, and as any high school basketball coach will tell you: free throws win games. Good players are guaranteed to make at least one free throw - just like how dividend stocks guarantee you a return every quarter. Is it cooler to pull a Kawhi and hit the buzzer-beater three? Of course. However, those rarely go in.

The Earliest Days of Dividends

In 1602 the Dutch government was tired of the literal combat between companies that traded goods with India and China, so they merged them all into one government-run megacorporation known as the United East India Company, or as they’ve come to be known in the 400 years since, the Dutch East India Company. Within a year of its formation, the Dutch East India Company became the world’s first publicly-traded company by selling shares to the general public. Within a year of the world’s first IPO, that stock became the first-ever dividend stock by offering a per share payout of 18%. This 18% per-share payout was maintained for nearly 200 years, only ending when the company itself dissolved in 1800.

Dividend stocks didn’t really begin to stand out on their own until the introduction of the most powerful stock exchange in history - the New York Stock Exchange (NYSE). Created in 1792 by the signing of the Buttonwood Agreement, the NYSE represented a major shift in how the common man of early America could diversify and grow his wealth. At first, there was only one dividend stock traded in the NYSE, that of Lorillard, a tobacco company that began giving out a dividend in 1760. However, with time more and more of the publicly traded companies involved with the NYSE began to incorporate dividends into their stocks. Chemical giant DuPont first paid a dividend in 1802 (although they were a gunpowder manufacturer at the time). Paint company Valspar and home goods producer Colgate-Palmolive followed in 1806. Utility company York Water introduced their dividend in 1816, and they haven’t missed a payment yet.

Dividends, Into the Future

As time went on, more and more investors saw the utility in using dividend stocks to diversify your portfolio, as well as provide a steady stream of income throughout the year. This has continued to this day, and there are no signs that it will stop anytime soon. Dividends continue to be a tried and true investment strategy, even if they are low risk and maybe not as “exciting” as things like crypto.