How Safe is The Aflac Dividend?

We conducted a brief financial analysis to answer the question, how safe is the Aflac dividend?

Aflac (AFL) is one of the largest insurance providers in the U.S. and Japan. Over 60 years old, Aflac has built an impressive insurance business (primarily medical and cancer) as well as a strong national brand. However, the signature Aflac duck isn’t nearly as old as the company and was only created in 1999. Since then, the Aflac duck has helped bolster the company into a name brand known by 9/10 americans.

We will take a dive into the company in an attempt to answer the question, how safe is the Aflac dividend? To understand the safety of their dividend we will look at their underlying business model and risk factors,  historical performance, earnings, payout ratio, and free cash flow.

Aflac engages in the sale of insurance products both in the U.S. and in Japan. The vast majority of revenues and assets (69% and 83% respectively) come from Japan. A large portion of which include both medical and cancer related insurance.

However, the stock price has dropped precipitously due to covid (trading from 50+ to 36.37 as of July 16th) and still hasn’t entirely recovered. In addition, they’ve had somewhat stagnant earnings the past few years. 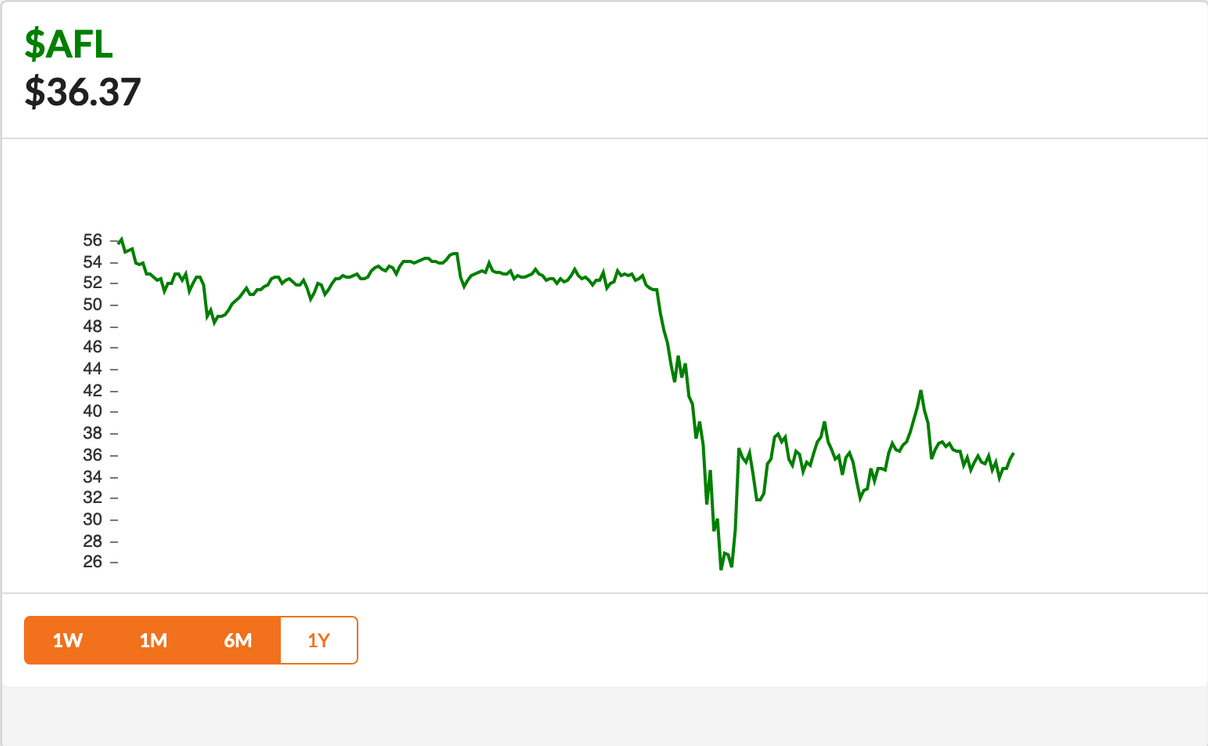 With most of their business in Japan, the dominant currency of Aflac is the Yen. However, for accounting purposes much of that is then converted into USD. Therefore, weakening the Yen against the USD could have dramatic impacts on the earnings for Aflac. Coincidentally, it has been the stance of the Japanese government to weaken the Yen to strengthen the economy. At current levels it is manageable for Aflac, but further devaluation of the Yen could further limit future growth.

As Japan’s population ages, Aflac has slowly seen declining revenues as a result. Next to Hong Kong, Japan has one of the highest lifespans among all countries (84 years). This long lifespan coupled with a decreasing population growth rate has resulted in a small pool of potential customers for Aflac and doesn’t bode well for future earnings growth. 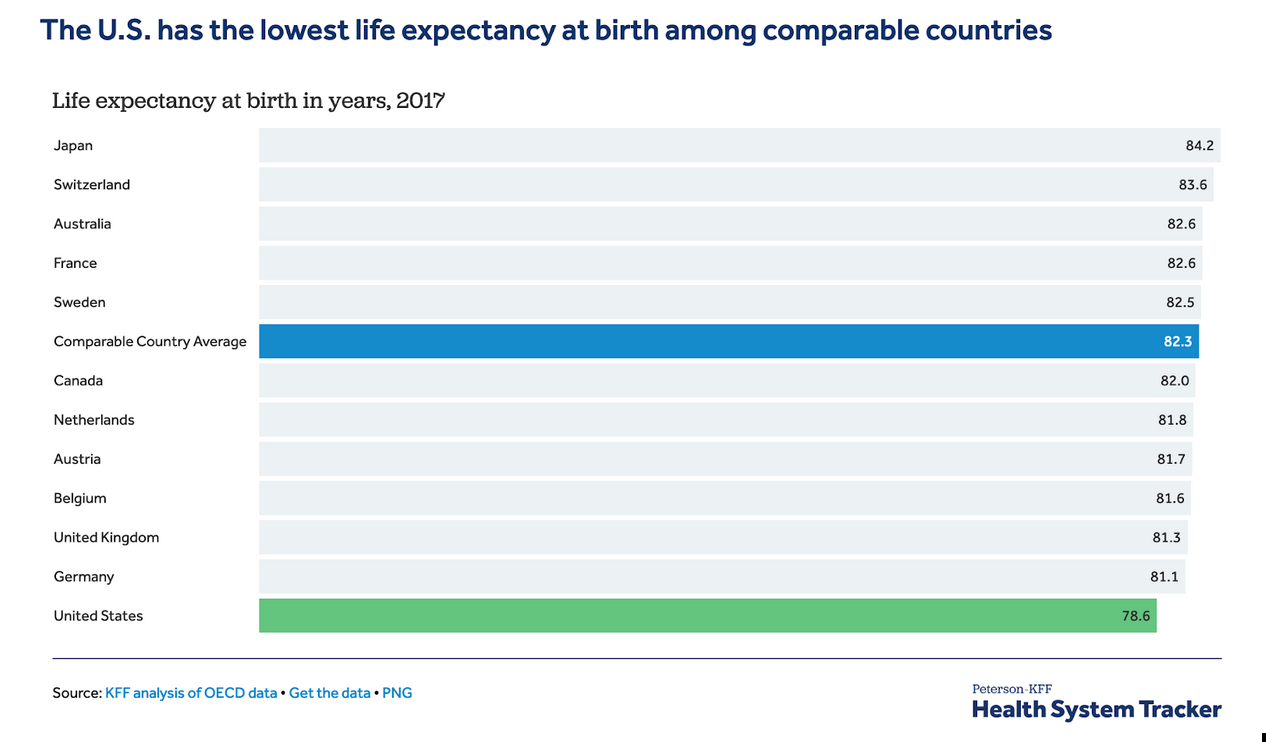 Aflac has beaten earnings estimates in the past few quarters, but they have only seen total earnings of $21B, $21B, and $22B in 2017, 2018, and 2019. They are outperforming expectations, but the stagnant revenue is still worrying. With the added pressure of the coronavirus it is also expected that revenues will continue to decline this year as well.

The management team has handled the debt well at Aflac as they have seen a consistently low debt to equity ratio (0.25) the past few years. The liabilities increased from $116M to $123M between 2018 and 2019, but cash has also increased from $126M to $138M during the same period. Overall the debt at Aflac is not a large point of concern.

There is a healthy ratio between free cash flow to dividends for Aflac, but they have also had a declining FCF over the past few years. Their healthy balance sheet allows them to continue dividend payments uninterrupted, but the declining free cash flow doesn’t bode well for future dividend increases.

Enjoying an Aristocrat status, Aflac has consistently raised it’s dividends for over 25 years. The past 3 years they’ve seen a 30% growth rate while the past 5 years they’ve grown their dividends by 44%. Aflac has strong enough earnings to continue this pattern of growth for the next 3-5 years, but it remains to be seen if they can repeat their last 25 years of success.

While still sitting at a healthy 25%, Aflac has seen their payout ratio slowly rise in the past three years from 14% in 2017 to where it is now. This increase in the payout ratio is due to their stagnant earnings combined with their increasing dividend payments.

How Safe is the Aflac Dividend? The final answer I’ll give is it depends on your timeframe. With the next 3 to 5 years Aflac is likely going to continue on it’s path of slowly increasing their dividend for their shareholders and will be able to afford it while keeping acceptable ratios. However, given the aforementioned risk factors and stagnant earnings, it remains unlikely that Aflac will be able to repeat their success and have another +25 years of dividend growth unless changes are made to address their core deficiencies. Overall, Aflac is a safe dividend stock for investors with a shorter (5-10 year) horizon, but perhaps not the long term (10+ years) horizon. I would keep a close eye on their earnings growth and investments to see if things change for the better or worse.