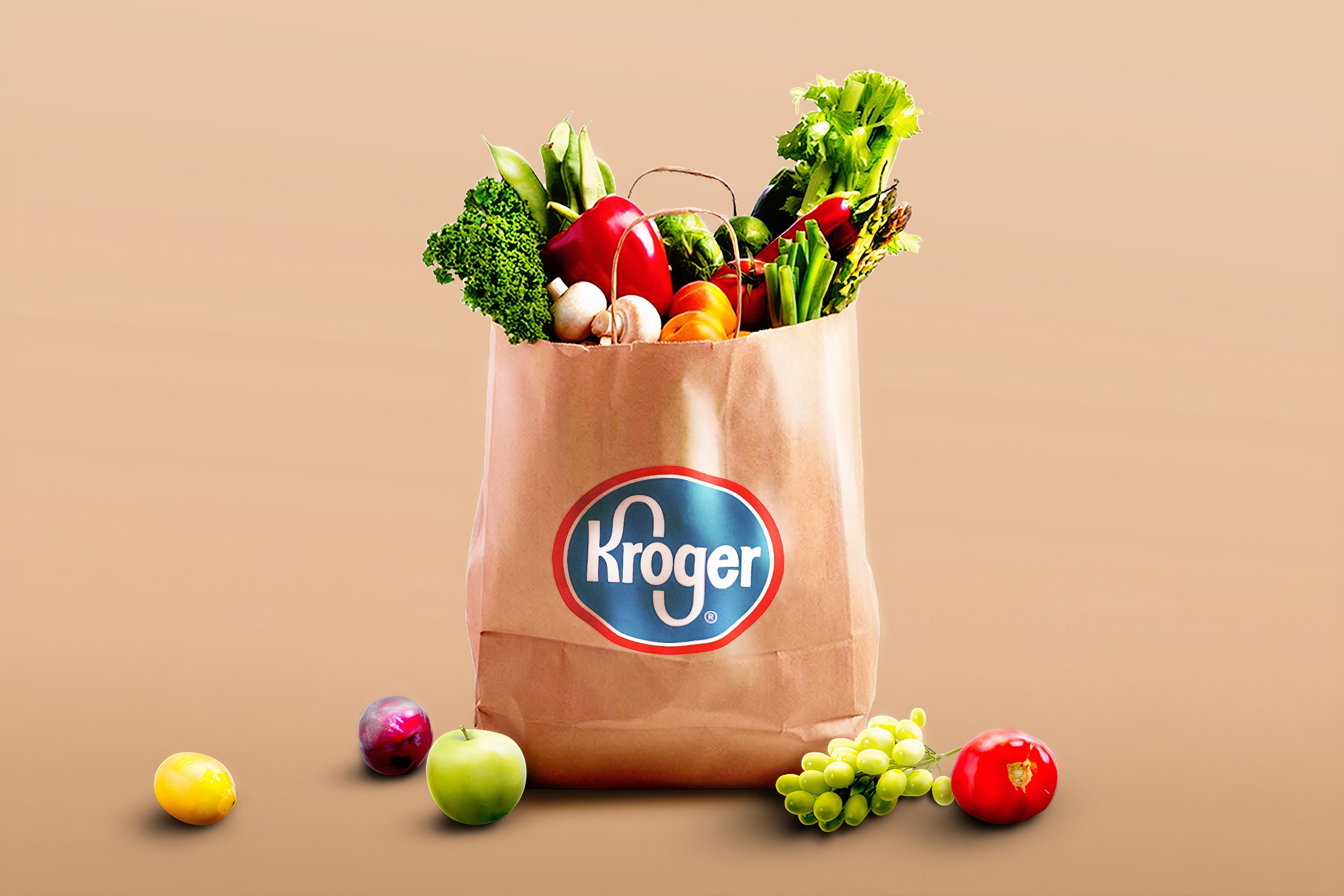 Warren Buffett Bought Kroger, Should You?

Earlier this year Berkshire bought a sizeable stake in Kroger. We decided to take a look at the nature and fundamentals of the business to determine if it’s also an investment that should be considered for the average investor.

You may know them from their branded products or a couple of their stores, but this massive supermarket has a vast range of subsidiaries and companies operating underneath them that make up the grocery behemoth that is Kroger.

Founded in 1883, Kroger has 2757 supermarkets. Out of those supermarkets 2270 have pharmacies and 1567 have fuel centers, giving Kroger significant stakes in both health and fuel. The stores are generally broken into four categories: Combo Stores, Multi-Department Stores, Marketplace, and Price Impact Warehouses

These four types of stores constitute the core business of Kroger. They sell a wide range of food, apparel, and merchandise. Much of the merchandise is composed of external brands, but Kroger has also built and branded their own products to strengthen their competitive advantage against other grocers. Their internal merchandise largely falls into the following categories

Value brands - Big K, “Check This Out”, and Heritage Farm

39% of their branded products and 42% of their grocery products are internally produced at Kroger facilities, while the rest are produced externally

One of the key initiatives driving the company’s direction is “Restock Kroger”. This four part initiative consists of:

Partial marketing slogan, partial shareholder reassurance, this initiative was built largely due to slow growth in recent years combined with increasing pressure from external tech companies entering the space (aka the Amazon effect). The company has made some impressive long-term investments that allow them to compete in the new digital age.

The Kroger team has recognized the necessity of an omni-channel platform, but as a non-tech company that haven’t been able to quickly organize their operations to meet the needs of customers. Instead they’ve slowly built out their own platform and partnered with some prominent names in the space to allow them to compete.

Instacart - Over half of Kroger’s stores are integrated with Instacart, the popular grocery delivery service. This partnership has allowed them to quickly use Instacart’s delivery infrastructure to reach a large part of their customer base.

Ocado - The british online grocery store has partnered with Kroger to help them build out a robotic distribution network. Kroger’s partnership with Ocado allows them to utilize a third-party to design a highly sophisticated fulfillment network they otherwise couldn’t.

Home Chef - Purchased by Kroger for $200M in 2018, Home Chef is a meal-kit and food delivery service that has allowed Kroger to expand their food delivery and digital offerings.

Digital revenue grew by 90%, 58%, and 29% in 2017, 2018, and 2019 respectively. The aggressive investments being made by Kroger have allowed them to obtain this double digit growth and adapt to the new buying patterns of consumers. Kroger many never be able to build the same systems as Amazon, but they can easily partner with a wide range of companies that already provide the same capabilities.

Intense Pricing - The grocery space already experiences tremendous amounts of price sensitivity, but with more entrants in the space the competition will only heat up. Luckily Kroger had the foresight to build their own private label products, allowing them to profitably operate in the competitive climate.

Amazon Effect - The purchase of Whole Foods by Amazon shook the industry. It became clear that grocers needed to ramp up their digitization efforts or Amazon would eat their lunch. Kroger realized this and has begun implementing strategic partnerships to prevent them from being swallowed up.

Labor Relations (CBA) - One of the largest employers in the U.S., Kroger has nearly half a million employees with a majority of them operating under a collective bargaining agreement. Any dramatic changes in their contract negotiations could have a dramatic impact on Kroger’s labor costs.

Product Safety (FDA) - By nature of the grocery business, there are always health or safety risks when food is sold. Any major public safety emergencies by Kroger could have a devastating impact on consumer’s confidence in the Kroger brand.

For the past few years Kroger’s earnings have been steady, decreasing by 0.35% from 2017 to 2018 and increasing 1.17% from 2018 to 2019. Due to the pandemic it is expected earnings will be slightly higher this year than the previous years. 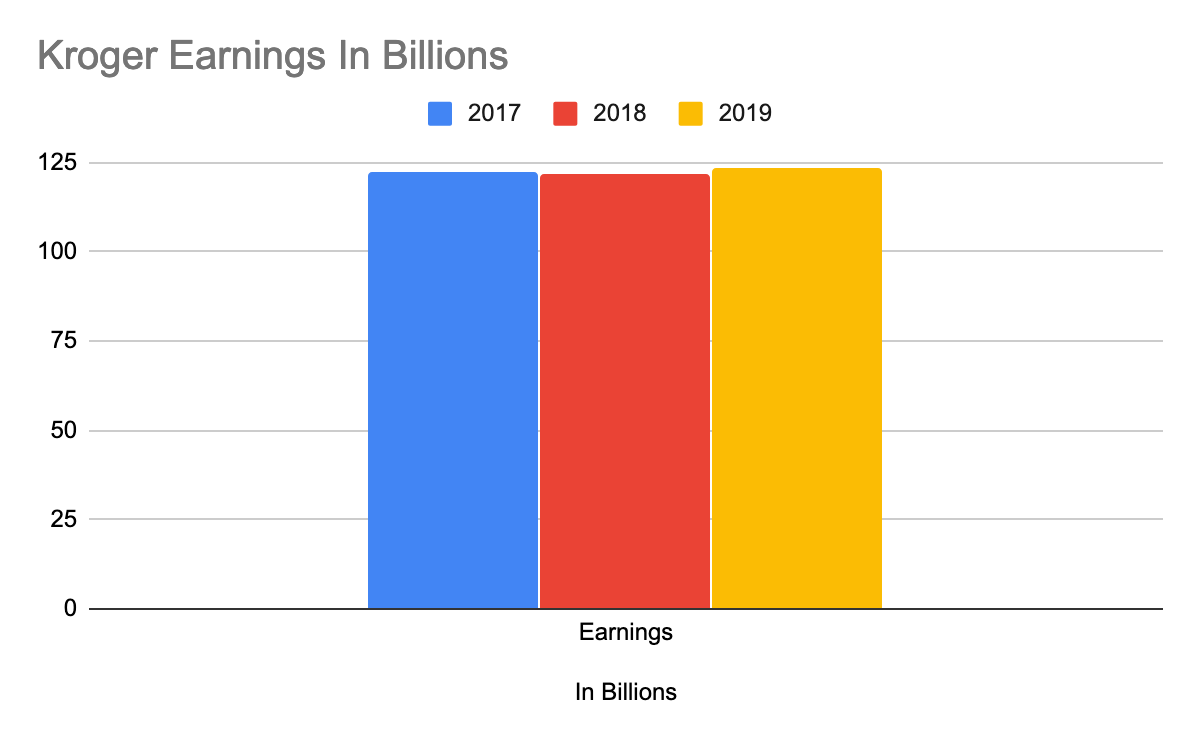 The long-term debt has seen dramatic increases from 2018 to 2019. The picture is not as alarming as it appears because Kroger has also outlined their debt repayment plan in their annual report and it appears a large portion of their debt will be repaid within the next couple years. Investors should take heed of their increased liabilities but it’s nothing to cause immediate concern. 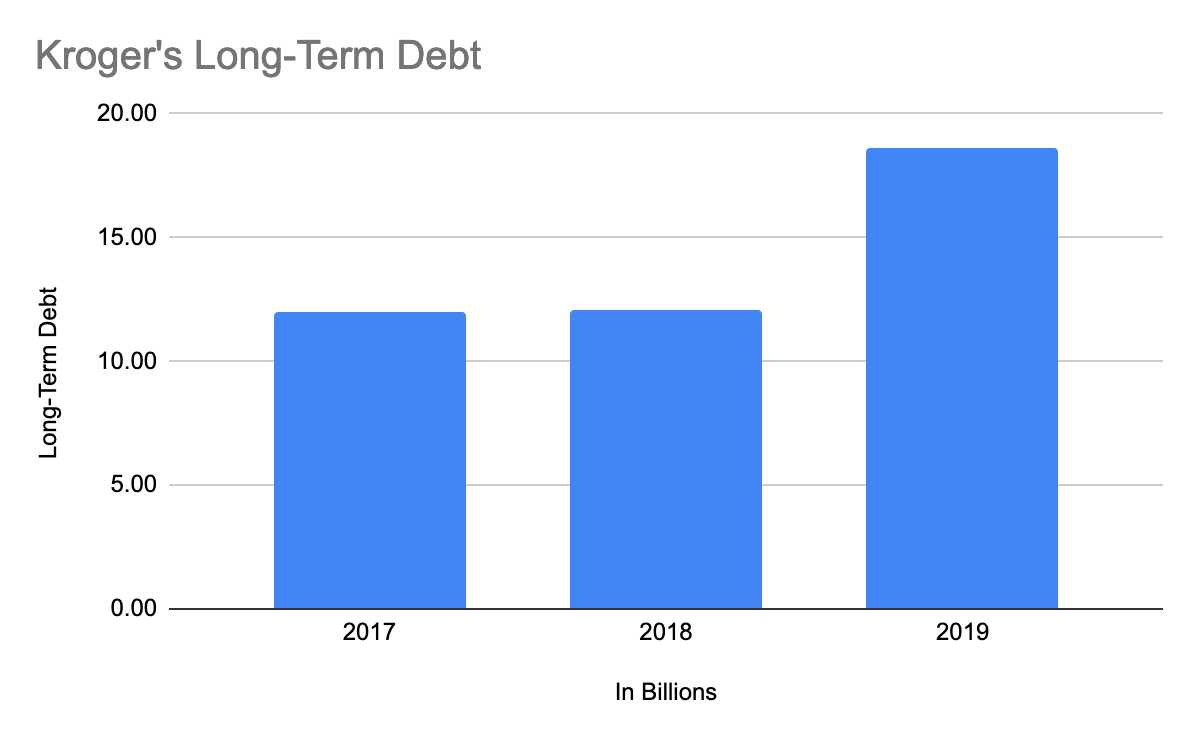 Despite consistent earnings, Kroger has slowly grown free cash flow. The FCF has grown consistently in the past few years, increasing by 72% and then 41% in 2018 and 2019. This is impressive, especially considering earnings has remained steady over the past few years for the company. 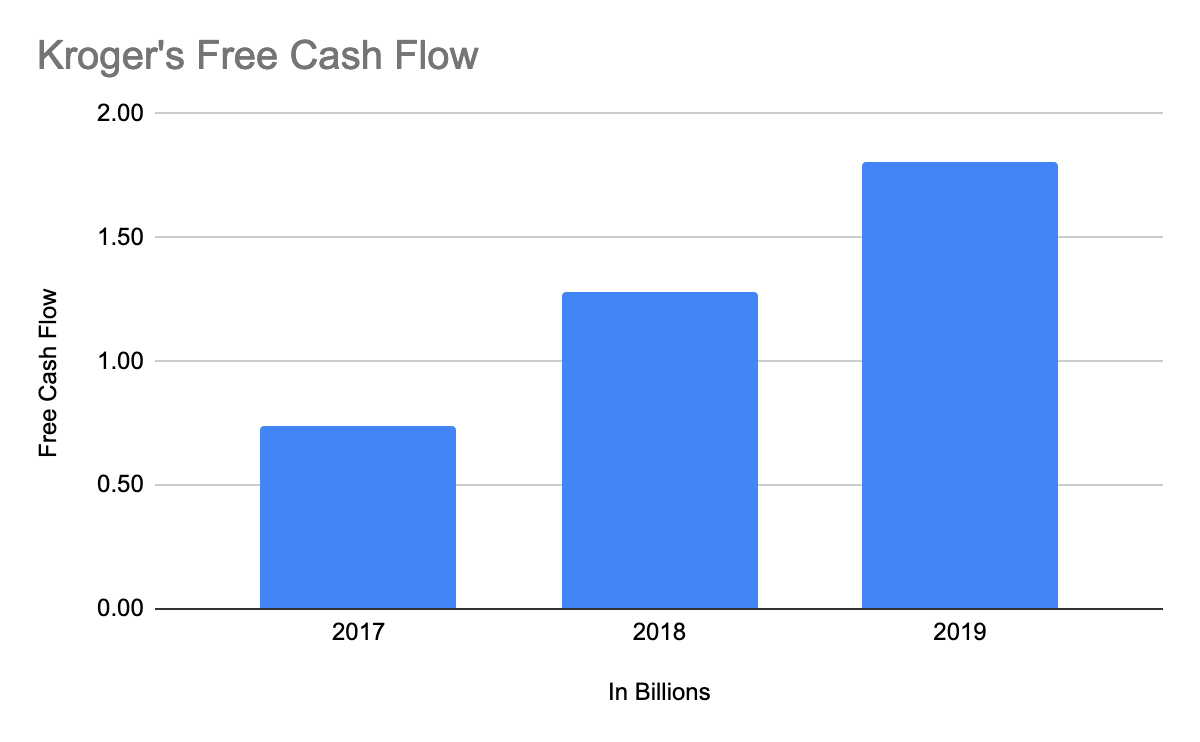 Given their low P/E ratio (13 vs 37 for the industry), aggressive digital initiatives, and low payout ratio Kroger is a solid addition to any dividend investor’s portfolio. The company may not be a fast growing stock, but they have built out a strong core infrastructure and competitive moat that will allow them to compete for many years to come. Their long-term debt can be a slight turn-off, but once their digital investments are fully realized, they will be a powerful force in the U.S. grocery industry.